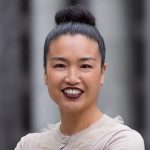 “Building worker power to balance corporate power and the aggregation of wealth has long been an underpinning of our work, and now there’s the political momentum and interest for this to be more explicit.”

What is the mission of your foundation and how does addressing economic equity and opportunity fit in?

The mission of the San Francisco Foundation (SFF) is to mobilize resources and act as a catalyst for change to build strong communities, foster civic leadership, and promote philanthropy in the San Francisco Bay Area.

Our north star is racial and economic opportunity. Our grantmaking is structured under three interconnected programs: people, place, and power. As director of the People program, I focus on advancing an inclusive economy and economic security with a strong power-building lens.

When we say inclusive economy, we see this as being defined by three features: resources are divested from the criminal justice system and invested in infrastructure for opportunity—jobs, housing, education and health; workers themselves shape the economy—through worker empowered jobs, power-building, fair pay, and holding employers accountable; and the economic power of ownership is in the hands of low-income communities of color—in terms of who owns it and how it is owned.

How has COVID-19 and the current public outcry for racial justice and structural racism reforms impacted your grantmaking? How are you shifting your strategies to meet this moment?

In response to the COVID crisis, we were one of the first foundations to offer COVID emergency funding through strategic grant support to worker power-building and organizing groups. We also waived reporting obligations in March through September and doubled-down on relaxing demands around outcomes.

In the realm of racial justice and calls for structural reform, SFF is one of the few foundations where criminal justice work is nested within inclusive economy. This springs from the way we have centralized the experience of Black, Indigenous, and other peoples of color within the criminal justice system as a major barrier to economic opportunity.

The recent public outcry has validated this connection. The uprising calls for a wider set in philanthropy to understand and wrestle with the role of markets and capitalism in creating racial and economic disparities. Building worker power to balance corporate power and the aggregation of wealth has long been an underpinning of our work, and now there’s the political momentum and interest for this to be more explicit.

We have since launched the Recover, Reimagine, Rebuild (3R’s) Task Force — some ideas germinating here, not yet finalized, are inter-weaving a reparations framework for Indigenous and Black communities into our work — and focusing in philanthropy’s role in taking resources that were accumulated via extractive and exploitative means (from humans and the planet) and deploying those resources towards reparations and a restorative economy that includes things like cooperative ownership and community control over assets.

What do you see as the big barriers you’re trying to overcome in your work?

I’ve already addressed some of these, but it’s a big list: disproportional amounts of corporate power in our economy and political systems, the criminal justice system, the erosion of worker power and voice, the racial and gender based wealth gap, and changing who has the economic power of ownership and how they own.

As you think through your foundation’s work, what has been some of the work that you have been most proud of?

The COVID-19 economic downturn is unleashing demands for austerity. At the same time, we’re seeing a call for the divestment from the police and criminal justice apparatus. There are possibilities here—to elevate the relationship between austerity and divestment.  Meaning, we should divest resources from systems that have been harmful to communities of color and invest in housing, jobs, education, health, and other systems that are critical to our communities weathering this situation.

I’m also excited by the push for philanthropy to de-silo and re-think the way foundations fund economic opportunity. In his book How to be an Antiracist, there’s a quote by Ibram X Kendi that stands out to me (in my words): in order to be truly anti-racist, you have to be truly anti-capitalist. Equity means readdressing how the economy is organized. I’m excited that we’re at a place where we can have this conversation.

How does being a member of Economic Opportunity Funders help you achieve your goals?

I am a relatively new member of EOF. Membership has helped me network and get a clearer sense of what’s happening nationally. It’s meant I have a path to access information about how other funders are responding to this moment in history and what our national landscape looks like.

Do you have any questions or issues on which you’d like to engage your funder colleagues?

I am interested in understanding how other foundations are adjusting and shifting their strategies. How are they talking about community wealth and corporate wealth, and the intersections of criminal justice and economic opportunity? How they are engaging Black and Indigenous leaders and communities in that dialogue?

There are other exciting calls for philanthropy. It tends to lag 5-7 years behind. So, we’re at a place where there’s a big leap required. How will philanthropy stretch itself and leap to meet the moment? How will it rise to meet the field—and how it’s talking about the economy and race—and bring its networks along? How will it navigate the call for reparations? Examine where foundation wealth might originate?

Finally, I am interested in diving into measuring impact. This is always a huge challenge, but it’s especially complex in these dynamic times. I think about how much harm foundations might inadvertently do. How they could constrain social justice. The outcomes of three months ago, for example, might undershoot what’s possible now or even get in the way of what organizations are being called to do by their constituencies.

Any useful resources to share? Thank you so much Jidan for your time and support of our network!  If you’d like to reach out to Jidan directly to learn more, she can be reached at jtkoon@sff.org.

This interview was completed by Sarah Griffiths, consultant to Economic Opportunity Funders.