The 2022 Call for Nominations has closed.

The winner will be announced during our
2022 Budget and Tax Briefing.

The Law & Social Policy Legacy Award was established in 2020 to recognize organizations defending and advocating for low-wage workers’ rights and to increase knowledge of this work in the philanthropic community. The Public Welfare Foundation spent more than a decade supporting public policy and system reforms to improve the lives of low-wage working people in the United States. This prize will commemorate and build on Public Welfare Foundation’s support to the field and honor the critical role law and social policy organizations play in building an economy that works for all.

EOF is a network of national, regional and local funders working to advance economic equity and opportunity in the United States. A $10,000 award will be given by EOF with support from Public Welfare Foundation annually until 2030 as a part of their legacy investment into the Workers’ Rights field. Awardees will be recognized at EOF’s Annual Budget and Tax Briefing in March.

EOF seeks nominees whose work is:

The award is open to any 501c3 organization (or fiscally sponsored project) working in the field of law and social policy to advance low wage workers’ rights in the United States. Nominated organizations may be of any size or budget and work may have just started or occurred over years. Individuals are not eligible. Anyone can make a nomination, and self-nominations are allowed. Nominators may make one nomination per year.

Previous Law & Social Policy Legacy Award nominees ARE eligible to be nominated in subsequent years. Previous awardees are NOT eligible.

The winner will receive $10,000 and be recognized at the EOF Annual Budget and Tax Briefing.

Visit our FAQs or contact
Cema Siegel at csiegel@eofnetwork.org.

View a copy of the nomination form. 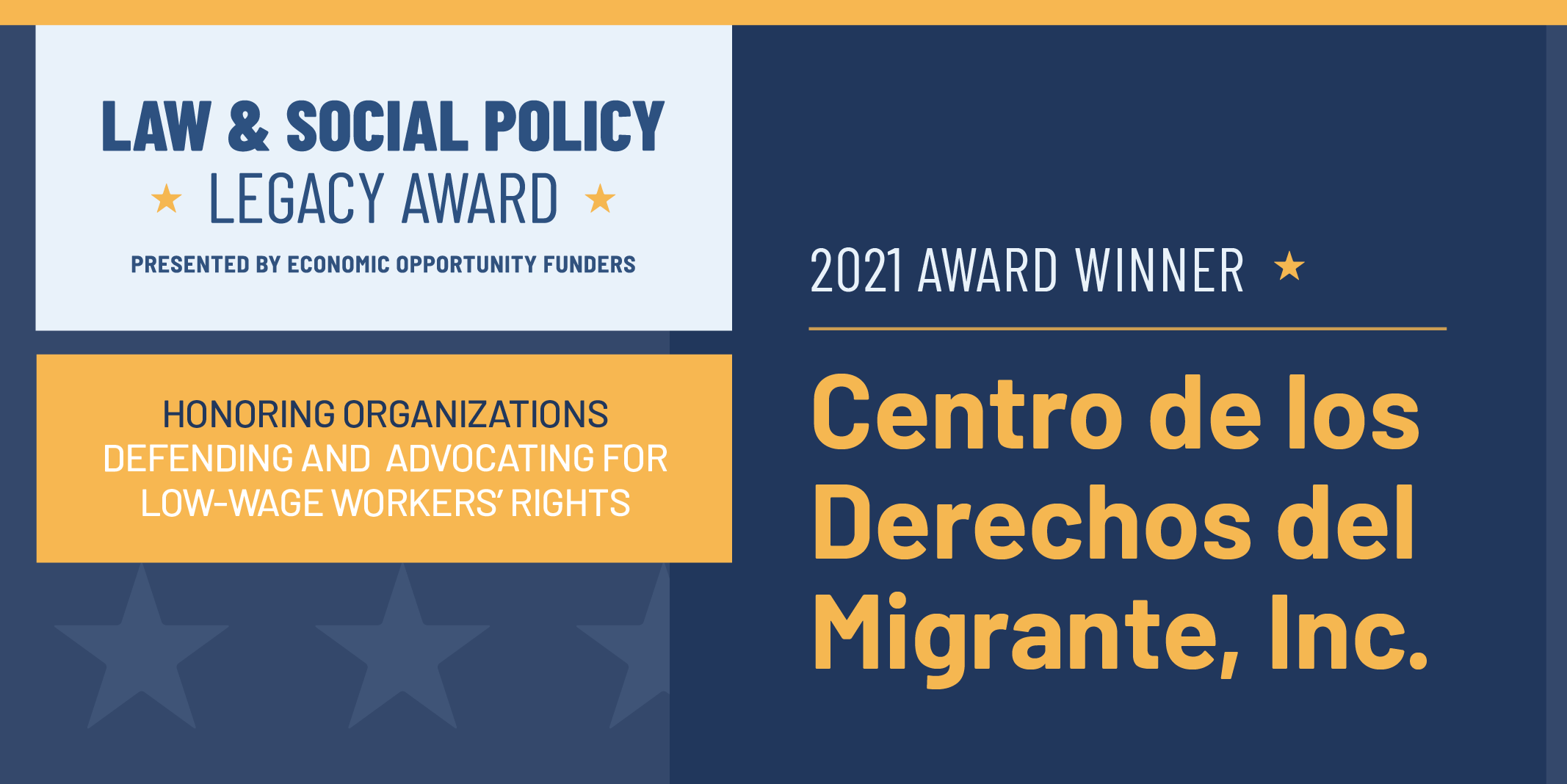 Centro de los Derechos del Migrante, Inc. (CDM) has received Economic Opportunity Funders’ first-ever Law & Social Policy Legacy Award, which recognizes an organization defending and advocating for low-wage workers’ rights. CDM was selected based on its strong record of achieving justice for thousands of migrant workers who work in U.S. industries with histories of exploitation. Its advocacy, worker organizing, and legal work have advanced migrant workers’ rights both systemically and individually, reforming the H-2 visa system and earning workers millions in settlements for unpaid wages.
CDM was one of eight strong nominations for the $10,000 award, which was established to increase awareness within the philanthropic community of organizations working to advance law and social policy for low-wage workers’ rights. Nominees were evaluated on three criteria: significance, collaborative approach, and systemic impact.
CDM achieves each of these goals; its work has significantly improved low-wage workers’ lives, involves collaboration with leaders in the migrant worker community, and has systemically transformed the migrant visa system.
CDM’s victories alongside the workers it represents benefit all migrant workers. The organization’s work has set valuable legal precedents key to protecting workers’ rights in future litigation, legislation, and rulemaking, led to investigations of entire industries, and earned $36.3 million for workers in settlements.
A $10,000 award will be given by EOF with support from Public Welfare Foundation annually until 2030 as a part of their legacy investment into the Workers’ Rights field.
Read the full press release here. 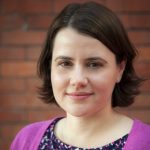 “We are incredibly honored to be the inaugural recipient of the Law & Social Policy Award. This award and the recognition that comes with it will help us continue to draw attention to the plight of migrant workers and the importance of improving their work conditions in the U.S.”
— Rachel Micah-Jones, founder and executive director of CDM