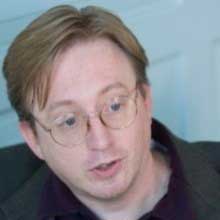 Since 2008, Bob has been the Public Welfare Foundation’s Program Director for Workers’ Rights, running a grant-making portfolio aimed at improving working conditions for low-wage workers.

An experienced advocate for systemic reform, consumer protection and good government at the national, state, and local levels, Bob served previously as deputy director for Auto Safety and Regulatory Policy at Public Citizen, the consumer advocacy organization. His portfolio there included auto and truck safety, and fuel economy. Prior to his work at Public Citizen, Bob served as director of regulatory policy at OMB Watch, where he built and led a coalition of labor, green, consumer, faith-based, and human needs groups in major legislative advocacy campaigns.

While at Public Citizen and OMB Watch, Bob testified on regulatory process and science policy issues before Congressional committees, state and local government hearings, and the National Academies of Sciences. He has also commented on good government and consumer issues in a variety of media outlets, including National Public Radio, CNBC, Congressional Quarterly and Rolling Stone.

Currently, Bob serves as co-chair of the Funders for a Just Economy, a grantmaker network housed at the Neighborhood Funders Group. He is also on the steering committee of the Grantmakers Income Security Task Force (EOF), a funder affinity group focused on poverty and economic opportunity.

Bob received his J.D. from Stanford Law School and his B.A. from the University of Virginia.