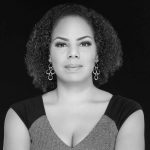 Jennifer Epps-Addison serves as the President and Co-Executive Director of the Center for Popular Democracy and CPD Action’s network of partner organizations throughout the country. As President, Jennifer leads CPD’s racial justice campaigns and works closely with its network of local affiliates.

Jennifer boasts over 20 years of community organizing experience, advancing systems-change campaigns for economic and racial justice. Prior to joining CPD, Epps-Addison was the Chief Program Officer for the Liberty Hill Foundation, a social justice foundation in Los Angeles that funds grassroots community organizing campaigns for social change. A native of Milwaukee, WI, Epps-Addison helped coordinate the Fight for $15 campaign as the Executive Director of Wisconsin Jobs Now.

Epps-Addison is the recipient of the 2013 Edna Award from the Berger-Marks Foundation, which honors an outstanding young woman each year for her leadership in fueling social change. In the same year, she was named an ‘Activist to Watch’ by Bill Moyers. She earned her BA in Political Science and Women’s Studies and her JD from the University of Wisconsin. Prior to her return to organizing, Jennifer was a trial attorney in the Wisconsin State Public Defender’s Office. Jennifer sits on the board of directors for the Ballot Initiative Strategy Center, United For Respect, Be A Hero PAC and Step Up Louisiana.

Epps-Addison, a leader who has deep experience building power in communities from the ground up, joins the Center for Popular Democracy at a time when local community voices matter more than ever in creating a nation-wide movement to fight for dignity and opportunity for all people. She brings with her a commitment to supporting and growing black-led organizations, strengthening investments in power-building efforts in communities of color, and deepening organizing strategies that build power with the white working-class by addressing racism head-on and building authentic alliances based on shared interests and shared values.