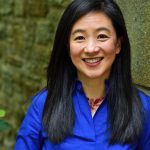 Hahrie Han is the Inaugural Director of the SNF Agora Institute, the Stavros Niarchos Foundation Professor of Political Science, and Faculty Director of the P3 Research Lab at Johns Hopkins University. She specializes in the study of organizing, movements, civic engagement, and democracy. Her newest book will be published by the University of Chicago Press in January 2021, entitled Prisms of the People: Power and Organizing in 21st Century America. She has previously published three books: How Organizations Develop Activists: Civic Associations and Leadership in the 21st Century; Groundbreakers: How Obama’s 2.2 Million Volunteers Transformed Campaigning in America; and, Moved to Action: Motivation, Participation, and Inequality in American Politics. Her award-winning work has been published in the American Political Science Review, American Sociological Review, American Journal of Sociology, Journal of the American Medical Association (JAMA), and numerous other outlets, including the New York Times, Washington Post, and elsewhere.