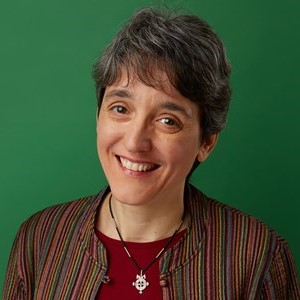 Anna Shireen Wadia is a senior program officer in the foundation’s Future of Work program, which seeks to ensure that there is a meaningful future of work that places workers and their well-being at the center. Anna has been with Ford since 2009. Her grant making has focused on improving economic security and the quality of jobs for low-wage workers and their families by supporting efforts to raise the minimum wage, guarantee paid sick days, and develop new paid family and medical leave programs.

Anna was previously a consultant for the Annie E. Casey Foundation and Ms. Foundation for Women, the National Council for Research on Women, and MDRC. Prior to launching her consulting business, she was co-director of programs for the Ms. Foundation for Women, where she managed a funder collaborative focused on women’s economic development. Earlier in her career, she carried out community and economic development programming for the Ford Foundation and Catholic Relief Services in Africa. Anna co-authored Kitchen Table Entrepreneurs: How Eleven Women Escaped Poverty and Became Their Own Bosses (Westview, 2002), as well as several reports on best practices in grant making and women’s economic empowerment.

Anna holds a master’s degree in public affairs from the Woodrow Wilson School of Public and International Affairs at Princeton University, and a bachelor’s degree from Yale University.